The Chelsea neighborhood in New York is the dream of every lover of art. This is the most idyllic area of the city to absorb the art in all its glory from the hand of many private galleries contain a huge amount of work for everyone. 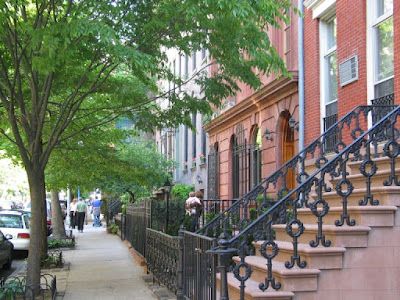 This neighborhood has undergone several changes throughout its history. In the 1750s a railway line was installed in this area making it a working majority and hardworking.
Gradually became the core of New York theater before the rise of Broadway and, when the railway closed in 1930, the area entered a period of decline. Today we see remnants of what was at that time the neighborhood of Chelsea in what is now called the Chelsea Historic District, lined with shops and old buildings.
Years later, the neighborhood began to house artists, designers and entrepreneurs who transformed Chelsea into what is now before us.
During the Ninth and Tenth Avenue, tourists can enjoy the many cafes and restaurants and is west of the tenth we find the various galleries to attending the most prestigious art critics and scores of curious tourists and come to admire the unique works that are there.
Joined the artistic taste, those who enjoy antiques can also occur around Antiques Garage, a much smaller market than the famous Flea Market but which are worth to shop around.
Enviar por correo electrónicoEscribe un blogCompartir con TwitterCompartir con FacebookCompartir en Pinterest
Temas: EEUU, New York, Nueva York, Turismo